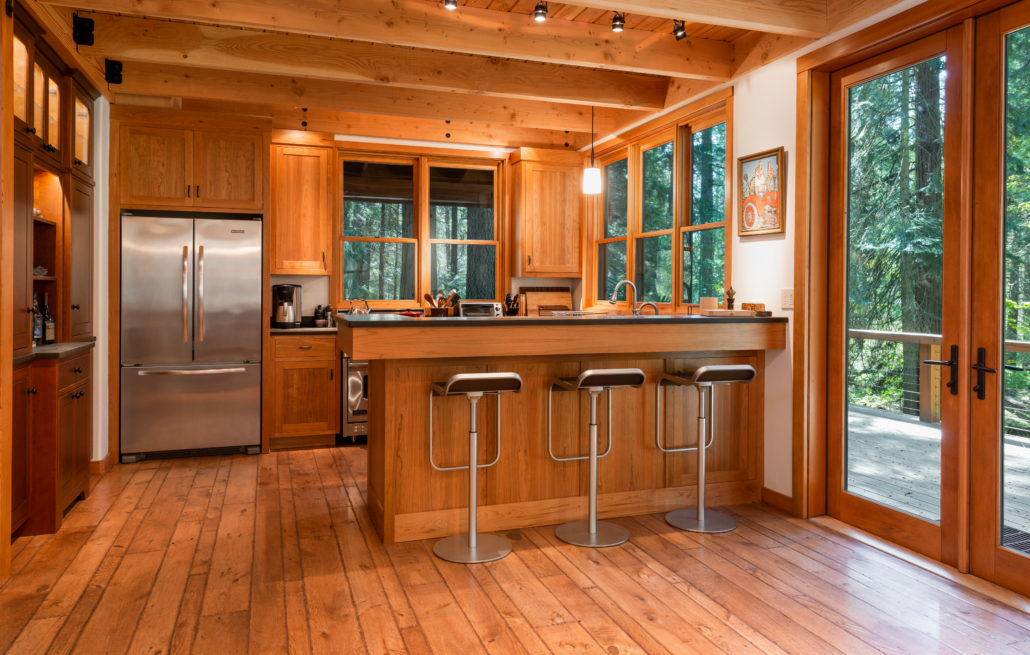 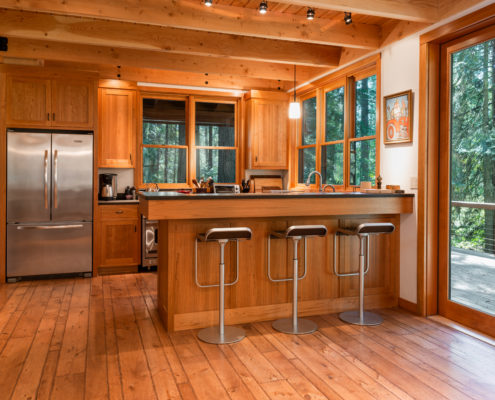 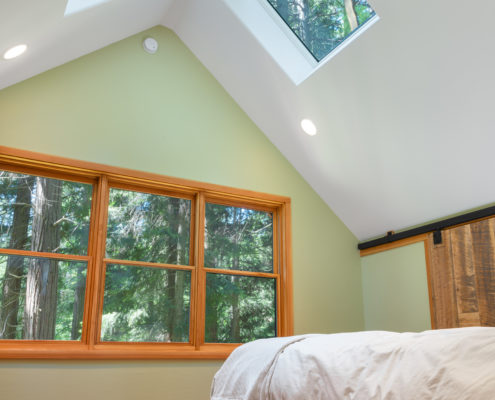 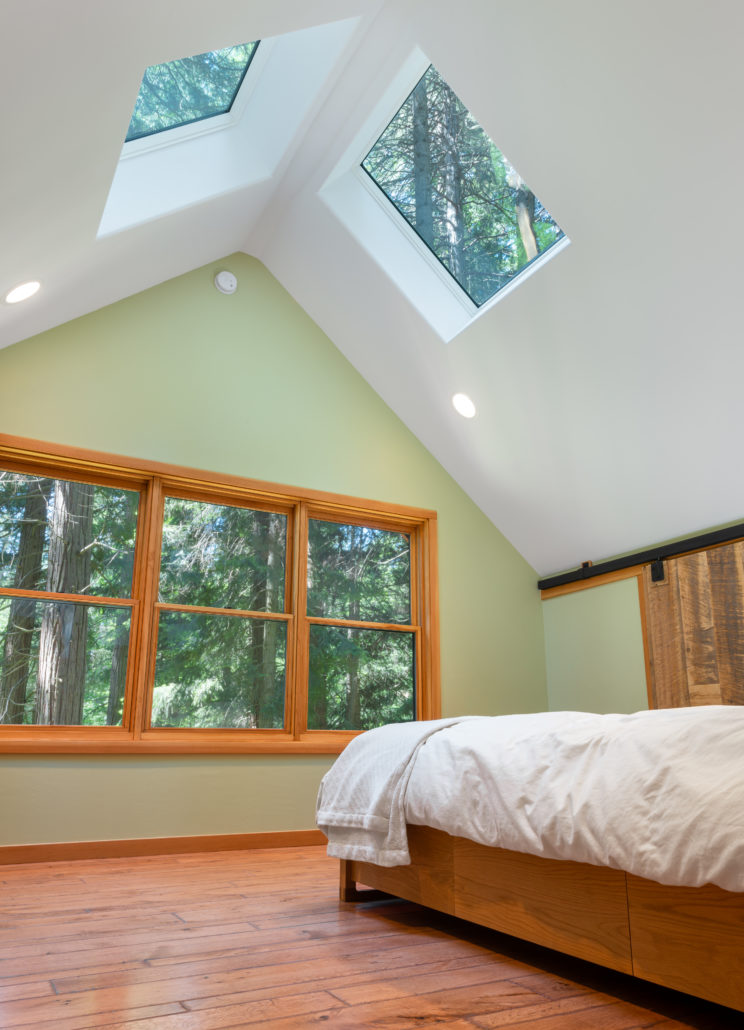 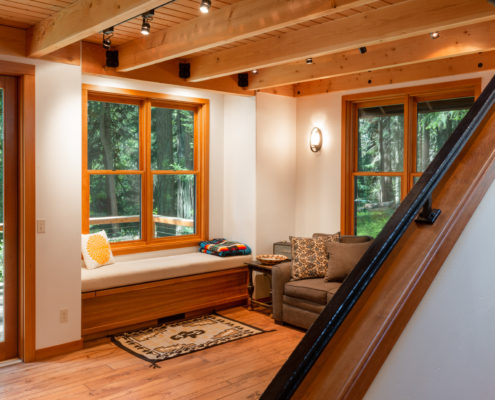 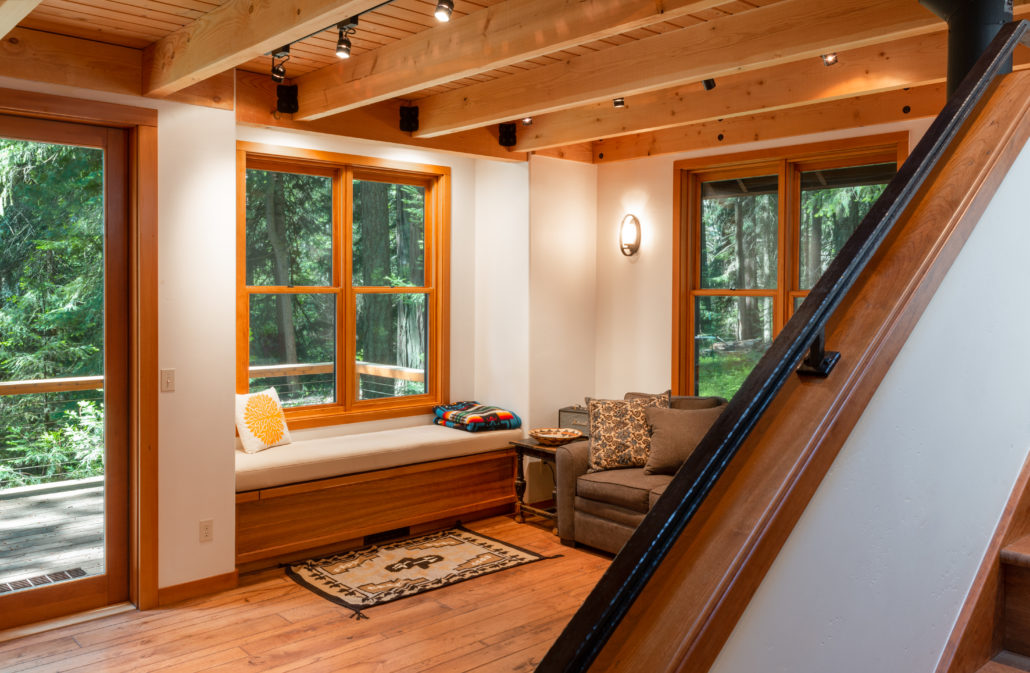 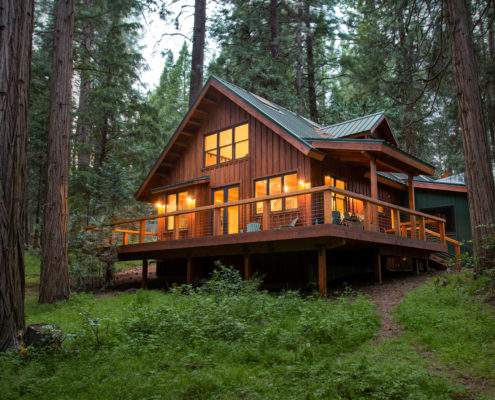 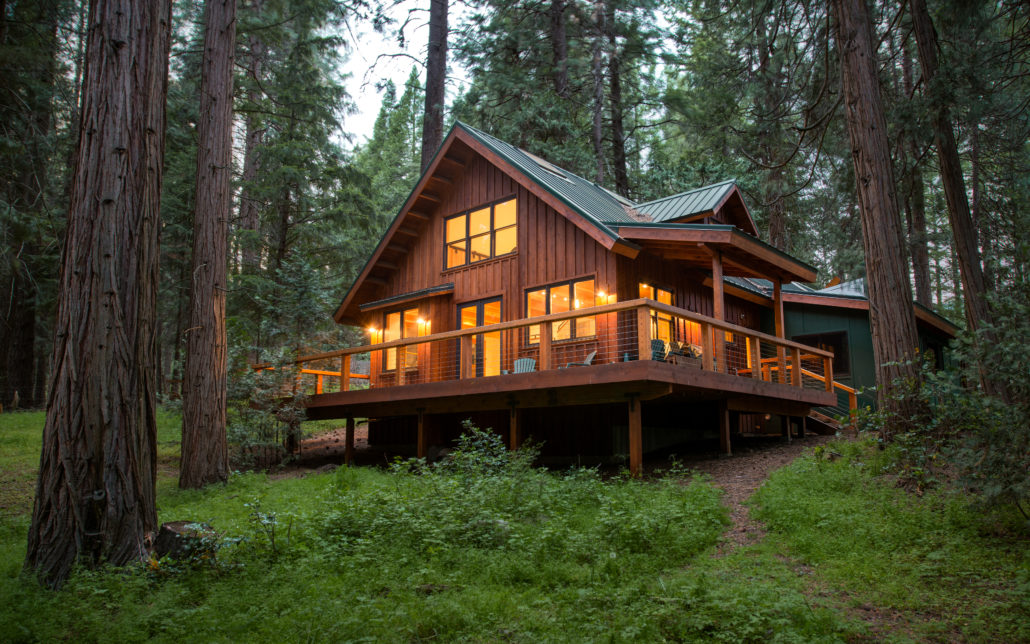 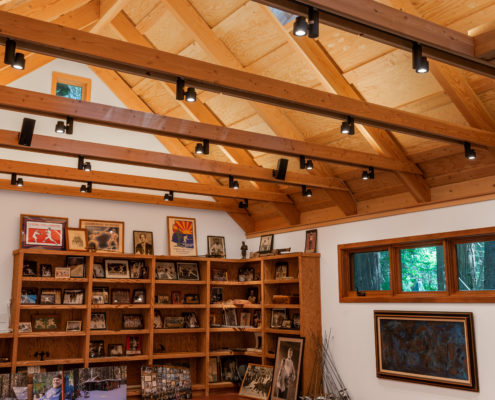 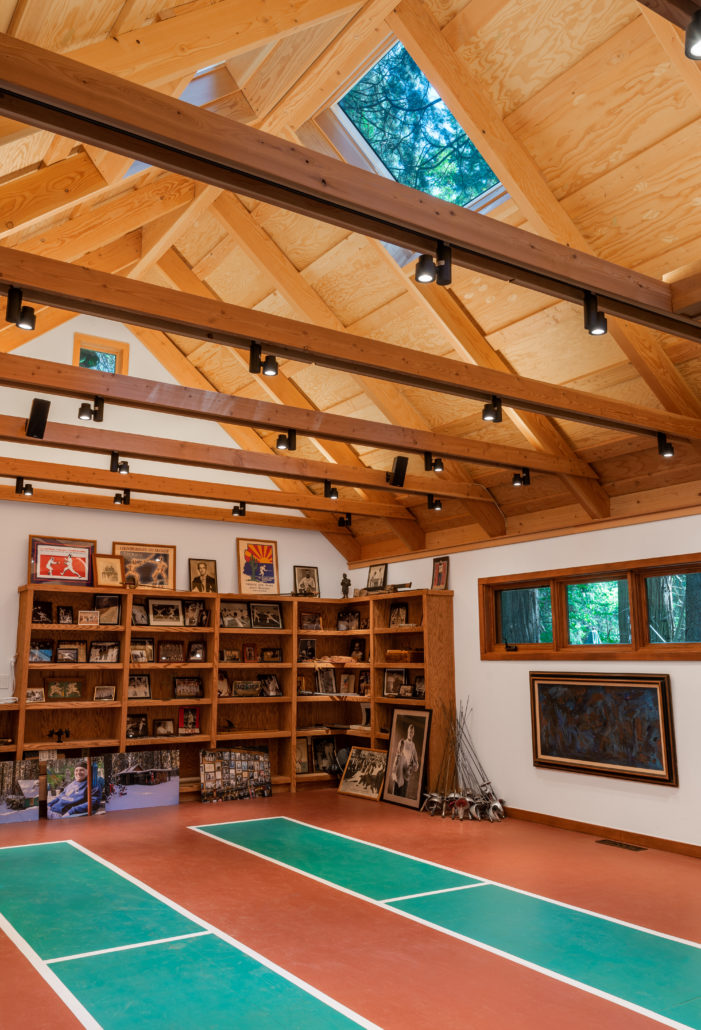 This unique cabin housed the Salle D’Armes – a beautiful fencing room created by a well-known gold medal winner in fencing at the World Masters Championships. Acquired by a student of this esteemed teacher, the goal was to update this Northwest cabin in the woods while preserving the original character and charm, which was designed strategically to take in the view of the forest. The salle – with its open beamed ceiling and skylights – was retained as was the study where the teacher wrote, sipped bourbon, and contemplated life. A guest house was added as a getaway for fencing aficionados who still meet to train in the salle, reminisce, and honor their teacher.

This project allowed us to collaborate with the contractor and his team, allowing leeway for their interpretation and craftsmanship to ultimately honor the owner’s wishes for preservation and current construction practices while helping to create a structure that exemplifies a cottage in the woods. The 1100 SF cabin retains its rustic feel through the use of ample woodwork craftsmanship, metal work, and a wraparound deck. A special foundation was designed to minimize impact on roots of nearby trees. The sleeping loft of a mere 220 SF, which through large windows and skylights feels as if you’re up in the trees, has a main bedroom and craftily defined spaces in the dormers to create additional private sleeping nooks for guests.